I never thought I would want to do wedding photography, but after having shot three now I am hooked! Being part of someone’s special day and helping them capture those special memories while they are busy focusing on the other details of the day is pretty special.

Fiona found out about me from a mutual friend, thanks Francis! Funnily enough Fiona knew who I was when he mentioned my name as she had attended a workshop I held on Volunteer Management for the Community Arts Council of Vancouver. Luckily I left a good impression on her from that workshops so when she contacted me I think I was in her good books already, and I landed my first wedding client!

Fiona and I met in Yaletown for a coffee to go over the wedding details and for me to show her around the area as it was where they wanted to have their wedding. We hit it off right away and I was excited to learn that she was also pregnant! A bride and a mama to be, how exciting for my first wedding! She and her fiancé Michael wanted to ensure that was captured in the photos, and since I love mama’s to be I was more than happy to make sure her baby bump would be featured. I was also informed that Fiona has a few tattoos and would like to make sure they worked into the photos, especially the ones on her feet!

Their big day came and I arrived at their home in South Vancouver to capture them getting ready. This was the first time I met Michael and I was convinced he was a male model in his past life! He got right into being photographed, didn’t need much direction and was loving it! Not to mention the camera loved him, as I am sure you can see in the photos below. This is one lovely and laid back couple, nice for a first wedding!

Fiona’s mom ended being my helper as I took things out of their place to photograph outside in natural light. One of my favourite photos is of a bowl of flowers they were going to bring for people to throw. I found this mustard office chair in their carport, under a pile of old newspapers and random things. I began to dig through everything to reveal the chair in it’s mid-century modern glory (did I mention this is my favourite design style!)  I am sure Fiona’s mom thought I was a bit nuts, but my theory is you need to keep your eyes and mind open when photographing and you will reveal beauty in the strangest of places.

Fiona was so lovely in her 1950’s inspired dress and details such as peals, and her baby bump looked adorable all dressed up! We did the reveal of the bride to the groom in their backyard, I could feel the love through my lens as I captured the first look Michael had when he saw his bride.

As someone who runs events as part of my day job I ended up taking the role of the wedding planner, keeping us all on track and getting us to where we needed to be on time. We all piled in my car, (first time to be a chauffeur to a bride and groom!) and headed to Yaletown where we did some portraits of the lovely couple and around the Roundhouse.

After the portrait session we made our way closer to the water where we were greeted by their friends and Pastor Tim. A simple ceremony was held, kicked off by their friends singing the John Legend song All of Me, which gives me shivers even writing about it as most of their friends joined in singing, as did they too, it was so lovely.

After the ceremony we headed to the Refinery for the reception, where I stayed for a short while before heading home. The gifted me with some flowers and a kind card, that I now have pinned in my office and will cherish as they were my first couple to have me photograph their special day. Doing a wedding on my own was a daunting concept that had me up at night studying wedding photography, looking at samples and trying to calm my nerves. I couldn’t have asked for a better first wedding than this! Fiona and Michael were such kind souls with lovely friends and the day was joyful and not stressful at all. I think the photos speak for themselves of the love that was in the air that day.

After I sent Fiona the preview this is what she wrote back to me:

Now that was a compliment that made me smile from ear to ear for days!

Fiona and Michael I wish you the best of health and happiness for the future and hope that I get the chance to meet your little one when he enters the world earth side. You will also have a special place in my heart as my first bride and groom! Thank you for believing in me as your photographer! xo 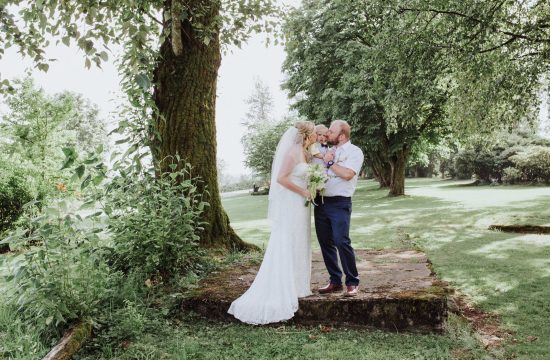 Sign Me Up!
M
@michelemphotog
All images ©2021 Michele Mateus Photography
I acknowledge with gratitude that I am a settler who lives and works on the unceded core traditional territory of the Kwikwetlem First Nation, which lies within the shared territories of the Tsleil-Waututh, Katzie, Musqueam, Qayqayt, Squamish, and Sto:lo First Nations.
CLOSE MENU

All images ©2021 Michele Mateus Photography
I acknowledge with gratitude that I am a settler who lives and works on the unceded core traditional territory of the Kwikwetlem First Nation, which lies within the shared territories of the Tsleil-Waututh, Katzie, Musqueam, Qayqayt, Squamish, and Sto:lo First Nations.