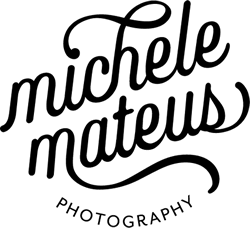 Starting 2018 off with IMPACT!

Though I usually shoot Weddings and Families, I will never turn away from telling someone’s story through photos so when Scott Salling called me up to help create images for his new website I was excited for a different kind of shoot. Scott is a Fitness Trainer in Port Coquitlam who I had met doing group personal training. He left the gym I met him at to start his own Fitness Training business and had hired me to take photos for the launch of his new business last year. Scott has a pretty amazing story of living through and with ulcerative colitis, which I asked if I could share with the editor of IMPACT magazine as I had shot for them before and thought Scott would be a super fit for their magazine! Check out the photos from our session below.

They loved his story and the images we took, and ran them in their September issue, which felt like a big success then! After being featured back in the September issue of IMPACT Magazine they then decided to choose him as one of Canada’s top Fitness Trainers and featured him on the front cover of their January/February 2018 edition focusing on Motivation and Inspiration and they used one of my images which feels like such a great way to kick of 2018!

I have had the chance to work on assignment for IMPACT on several occasions covering stories on various Canadian athletes that are kicking butt and taking numbers! Like Deborah Campbell who has a debilitating arthritic disease of which this is no cure for, which she didn’t let get in her way of her love for keeping active and working hard to keep healthy both physically and mentally through trail running.

Another assignment I did for them was a shoot with Sue Spencer, also known as ‘Beast Mode Grandma’ who developed a love for powerlifting at 60! Seriously, how amazing is that! I actually did this shoot the same day as I did Scott’s in the GYM he trains out of as it had such great light and they were kind enough to let me use the space!

They also sent me out to shoot Jana Finkbiner, a Fitness Trainer in Vancouver working out of Studeo Gyms Vancouver.   She was such a sweetheart and a powerhouse all at the same time and boy did I ever get a work out during that shoot trying to keep up as she showed me some of the training she does with her clients.

I am over the moon to be kicking off the year with a front cover of a well respected Canadian magazine, which is also reminding me that I myself need to get back to taking care of my body! It’s been great doing this assignment for IMPACT Magazine and I look forward to meeting more inspiring athletes with my camera in hand!